10 Flour Alternatives You Should Know About

Long gone are the days when we only had white and whole wheat flours to choose from for our recipes. Food allergies, as well as the demand for healthier options, have led to an explosion of flour alternatives on the market — each with their own uses and benefits. Whether you’re looking for gluten-free options or you just want to add some variety to your recipes, here are 10 flour alternatives you should know about.

Almond flour is commonly used in baked goods as a grain- and gluten-free alternative. “It’s made from ground, blanched almonds, which means the skin has been removed,” according to Healthline. “One cup of almond flour contains about 90 almonds and has a nutty flavor.” It often can be subbed in for an equal measurement of regular flour, but it does make for thicker batter. And though it increases the calorie content compared to regular flour, it’s a good source of several nutrients, including iron and magnesium.

Amaranth is a pseudocereal, meaning it’s actually a seed that’s consumed like a grain. (Quinoa is a popular example of this.) It once was a staple in Inca, Mayan and Aztec diets, according to Healthline. Amaranth flour has a nutty taste, but it also acquires the flavors of other ingredients used with it. And it works best when combined with other flours for baking. Plus, the flour contains high amounts of fiber, protein and certain nutrients that might benefit brain and bone health, as well as DNA synthesis. 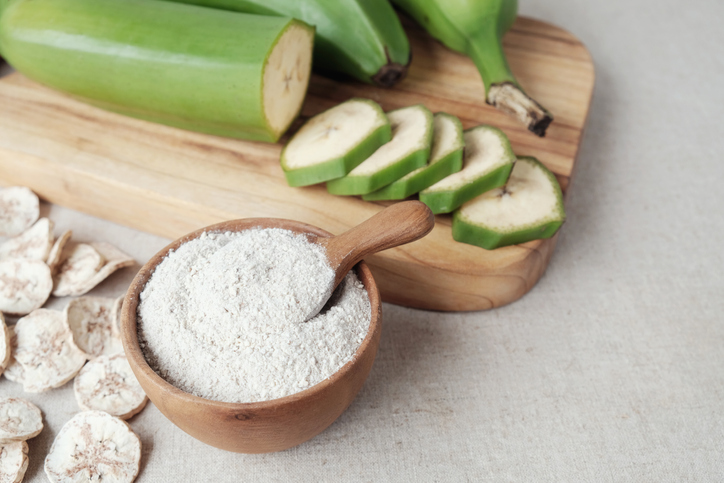 Banana pancakes take on a whole new dimension when you make them with banana flour. “Made from green bananas, this flour contains resistant starches that act as prebiotics to promote gut health,” according to Food Network. You probably can guess that this type of flour comes with a mild banana flavor — as well as the benefits of the popular yellow fruit. It contains high levels of potassium, some fiber and several other vitamins and minerals.

You won’t be using beet flour like you do regular flour. But it still has its place in making healthier versions of recipes. “Sweet, earthy and the most beautiful shade of red, beet flour contains iron, vitamin A, fiber and potassium,” according to Food Network. “It can be used as a thickening agent and substitute for some of the oil in baked goods.” One popular application? Use it in a red velvet cake recipe to replace that gross red food coloring.

Contrary to its name, buckwheat does not actually contain wheat. It also belongs to the pseudocereal family of seeds that are eaten like grains — and thus it is gluten-free. Buckwheat flour gives baked goods an earthy flavor, but “due to its lack of gluten, it tends to be crumbly in nature,” according to Healthline. It’s often combined with other flours for better results. Still, this flour offers several B vitamins, minerals and antioxidants, as well as a good amount of fiber. 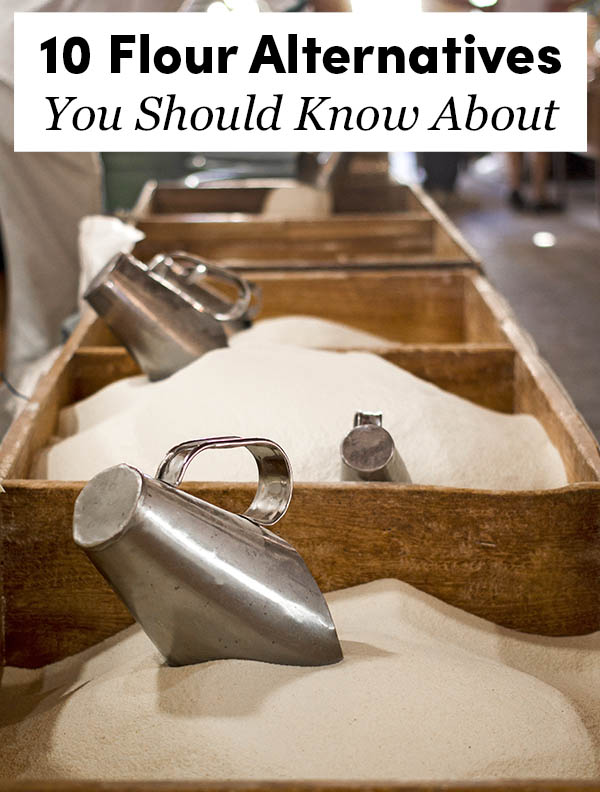 Cassava is a starchy root vegetable that can be turned into an excellent replacement for white or wheat flour. “This flour is gluten-, grain- and nut-free,” Healthline says. “… It has a neutral flavor and is easily digestible. It’s also lower in calories than coconut or almond flours.” Plus, its resistant starch might help to lower blood sugar and benefit the digestive system. According to Food Network, you can swap cassava flour with wheat flour in a 1:1 ratio for many recipes.

You might have already tried cooking with coconut oil, so why not add coconut flour into the mix? “Coconut flour is made from dried coconut meat and offers a mild coconut flavor,” according to Healthline. “Its light texture yields similar results to regular flour.” Coconut makes a good flour alternative for those with nut and gluten allergies. Plus, it’s high in fiber and healthy fats. Just be warned that it absorbs more water during the baking process than regular flour, so you’ll need to alter your recipes. 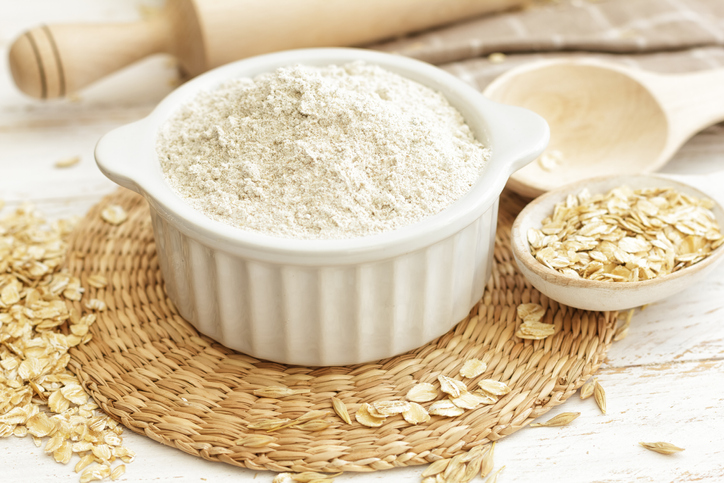 Oat flour is gaining popularity as a flour alternative — and for good reason. “Oat flour is made by grinding whole-grain oats,” according to Healthline. “It gives baked goods more flavor than all-purpose flour and results in a chewier, crumblier texture.” You can buy it pre-made or easily whip up your own batch by pulsing oats in a food processor or blender. You will have to adjust some ingredients when baking with oat flour, including adding more of a leavening agent. But the flour brings with it several health benefits, including soluble fiber that can help lower cholesterol.

Rice flour has been used in a variety of foods, such as rice noodles, for a long time. And Healthline specifically highlights the brown rice variety as a healthy, whole-grain flour that’s “high in protein and fiber, both of which can help lower blood sugar levels and reduce body weight.” It also contains iron, magnesium, manganese and several B vitamins, as well as compounds that might protect against heart disease. Plus, its nutty flavor works well in both sweet and savory dishes.

Sweet potatoes already can feel like dessert on a dinner plate. And now you can make actual baked goods out of them — while still enjoying some of their health benefits. “This pale-yellow flour contains 110 calories per one quarter-cup and an impressive 6 grams of fiber,” according to Food Network. Unlike regular potato flour, which primarily is used for thickening, sweet potato flour works well in the baking realm. You even can combine sweet potato flour with other flour alternatives — Food Network recommends apple or banana flour — for some unique and flavorful recipes.